Davos awaits with a vibrant summer

Davos Klosters is a vibrant cosmos packed with contrasts that are mutually attractive and enhancing: a sports eldorado, health resort, business city and cultural metropolis merge together in the middle of stunning mountain scenery and transform Europe’s highest-altitude Alpine town into the place of a thousand possibilities. Here are some of the exhilarating events in the coming months, specially in June and July, so that you can have enough time to plan your visit.

Starting with the “GWunderwald Heidboden Davos” is a natural adventure trail on which visitors can actively learn facts about nature, flora, fauna, agriculture, forestry and hunting and the landscape at 30 different stations along the route. The trail is intended to inspire visitors and help them to explore the wonders of Nature. The trail is equally interesting for the young and young-at-heart.

There are lots of guided bike tours  coming between June to October, 2014. From summer 2014 onwards, the Hotel Grischa is organising guided bike tours with trained mountain bike guides, in which everyone can take part. On these guided day tours, visitors will not just get to know Davos Klosters as a biking destination, but will also learn a whole host of handy hints and tricks to keep them safe when out and about on two wheels. Tours are organised for four people or more, with a maximum of eight people per guide.

Much is on offer for lovers of Folk music, pop hits and a great atmosphere. AlpenFieber is on 21st –28th June 2014. The focus will once again be on the experience, the shared hikes and the music. The participating hotels will once again take personal care of their guests and accompany them on walks and hikes to the most beautiful corners of the region. The concerts will be held in the open air or on four evenings in the participating hotels. Special locations, like the Sertig, the Schatzalp, Lake Schwarzsee and the Seehofseeli, have been selected as the venues for the daytime concerts. Hiking with like-minded people to listen to folk music resonating around Davos‘ beautiful countryside, swaying to and fro to the music and just having a good time.

Sculpture Symposium at Davos Klosters is celebrating its 10th anniversary from 21st June to 21st September 2014. In its anniversary year “10 Years of the Sculpture Symposium”, a massive exhibition featuring 100 works of sculpture will adorn the entire resort. There will also be guided tours on the arts on the Stafelalp, moonlit walks and guided tours for children. Alongside the Scupture Symposium, artists‘ workshops will be open allowing visitors to discover or learn more about this artisan craft.

Swiss Festival of Yodelling will take place at Davos Klosters  from 3rd to 6th July 2014. 10,000 active members of the Swiss Yodelling Association and their many supporters are expected to descend on Davos Klosters for the 29th Swiss Yodelling Festival. Several tens of thousands of visitors are expected. The varied programme consists of a ceremony and parade, talks on yodelling, Alpine horn blowing, flag-waving, a Yodelling village with food and drink and yodelling-related stands, an accompanying entertainment programme and lots of events.

Jazz music reverberating around the mountains from 8th to 13th July 2014. When the days are long & warm in Davos Klosters, the streets & squares resound to jazz sounds. It‘s hard to imagine the resort without its annual Jazz Festival. Once again this year, different concerts in a wealth of different jazz styles will be held during the festival, with large brass bands playing alongside solists against the backdrop of the magnificent Alps – there‘s sure to be something for everyone.

Social dance and musical entertainment in Klosters on 19th July 2014. Each year, the clubs and societies in Klosters organize a social get-to-know-you festival in the idyllic Silvretta Park. Visitors and locals alike mingle to the musical entertainment and gastronomic delights a-plenty. A children‘s programme of events is sure to make little ones‘ eyes light up, transforming this summer evening festival into a celebration for all the family. The Silvretta Park in Klosters is a meeting place for visitors and locals, for the young and not-so-young.

The witch is out and about in Klosters – July  – August 2014. The Klosters-Serneus theatre group will be staging the play “D‘ Wätterhäx”, or in English the Weather Witch. The theatre will perform the play in the open air in Maiensässen on Selfranga. Tourists will be treated to an original play against the background of the breathtaking mountain scenery high above Klosters.

Convivial folk evenings in July and August 2014. A number of different local folk groups from Davos Klosters will perform on folk evenings in the Davos Conference Centre. Alongside rural choirs, yodelling choirs and Alpine horn blowers, there will also be performances from flag-wavers and traditional folk groups. Visitors will be treated to regional songs, music and dance.

Adventure lovers can be Swinging from tree to tree like Tarzan at Färich Adventure Park from July to September 2014. Before they are let loose, all Tourists are instructed by the park‘s employees in key safety techniques. Then you‘re off on your own and can move independently around the six courses, swinging from one platform to the next. The high-wire park is divided into different levels of difficulty. There is a specially secured course for children in which they can learn how to rope climb from tree to tree. The twelve-metre high pendulum on which visitors float between heaven and earth is the toughest challenge of all. Children under the age of 12 are only permitted to enter the high-wire park accompanied by an adult.

2 thoughts on “Davos awaits with a vibrant summer” 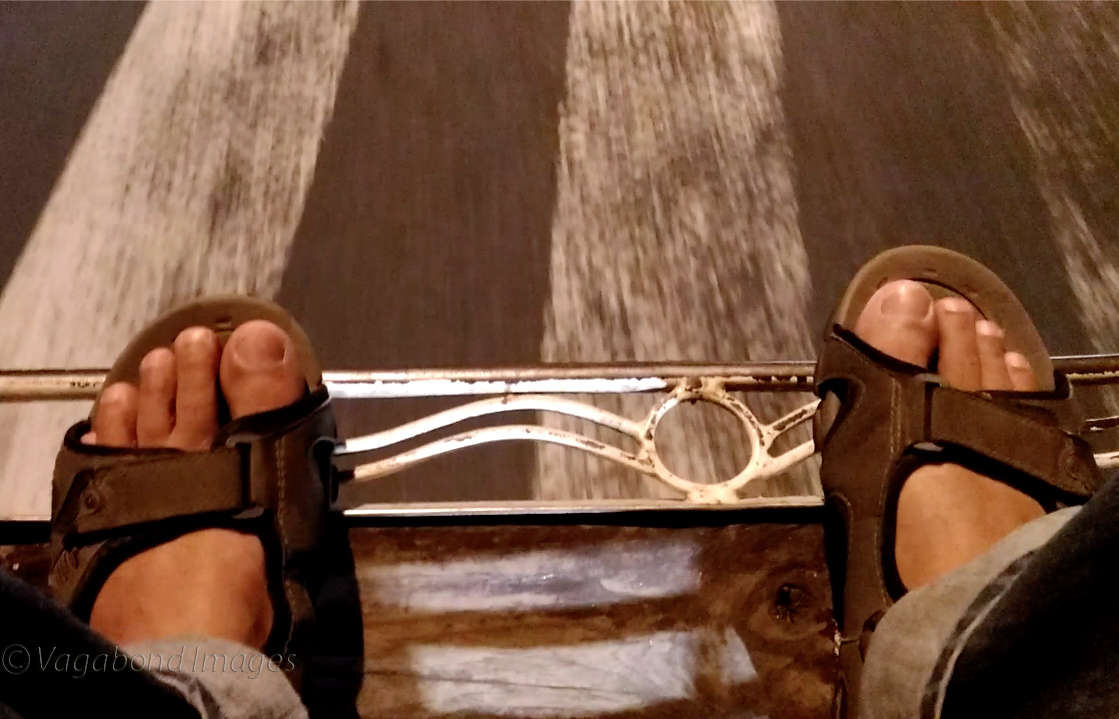 On all long drives, when I am not behind the steering wheel, I will normally sit on the seat adjacent[...]

Having talked about Borobudur Temple in Indonesia earlier, Prambanan temple can’t be left far behind. We have seen some sunset[...]

USA has always branded itself as a ‘land of dreams’ for travellers around the world. So much so that it[...]

Lockdown Chronicles Day 11! Almost four floor high neem tree is actually a landing and resting site for most of the birds in vicinity from bulbuls to kingfishers, barbets, koels, sunbirds, parrots & et Al.
Lockdown Chronicles Day 10! Kashmiri Lily is signing off for the season. Two bulbs gave four flowers each. While one bulb has now shed the dried up flowers, four flowers on the second bulb are also now in their last days. Oh, Kashmir, I am already missing you!!
Lockdown Chronicles Day 9! With the pigeon pair abandoning the tree right opposite to my balcony, camera action now shifts to Neem tree next block and this Brown Headed Barbet keeps breaking the lockdown silence with its constant kutruk… kutruk...
Lockdown Chronicles Day 8! Contemplating next move! With the nest finally gone, the pair left the tree and landed on other while thinking on what to do next. How tough is it to loose your home of labour and move to a uncertain future!
Lockdown Chronicles Day 7! Shaky home! Today the male was not getting twigs from outside, instead he was busy arranging the ones already there. But the nest was already looking fragile and the couple seemed to be playing a lost game!
Lockdown Chronicles Day 6! Intimate moments! Pigeon pair getting cosy during nest building exercise this morning. Does this undesired lockdown gives you more chance to come near to your loved ones back home! What do you think?
Lockdown Chronicles Day 5! Its bright sunshine today! Blooming bougainvillea in the balcony reminds all things we are missing this spring- weather, birds, flowers and blue sky!
Lockdown Chronicles Day 4! For the male pigeon it actually is work for home! While the female is sitting on same place since days preparing the nest, it is male who makes number of sorties one after another to bring twigs & sticks and hand them over to his lady!
Lockdown Chronicles Day 3! It drizzled today morning. This Lily was in full bloom. The bulb for this flower was brought from Kashmir some years ago and now it flowers just once a year at this time. During my lockdown this blooming Lily was as if reminding me of the lockdown that Kashmir has been through for many months!!
Lockdown Chronicles Day 2! Male pigeon was constantly at some distance today, didn't come close to his female for the whole time, till I watched them in morning. Does work from home makes life too close for comfort!!