Finland is ranked as safest, Spain at top in tourism rankings

With so much thrust on travel and tourism, one could have expected a better performance. But actually India ranks very poorly in most of the indicators related to travel and tourism compiled by World Economic Forum, whether it is safety or infrastructure. Unfortunately, in many of the indicators India does not figure in top 100 among the 141 countries included in the rankings. Irony is that, India ranks higher in terms of resources- natural or cultural, but when it comes to developing tourism around these resources, India has failed miserably.

The World Economic Forum measures the annual Travel & Tourism Competitiveness Index (TTCI), in which Spain tops the overall rating, while Finland is the strongest in safety and security, with Nigeria being the least secure. In terms of international openness Singapore comes in first with Angola propping up the list at the bottom.

India takes 52nd place overall. T&T already accounts for 5% of India’s employment and its huge potential for further growth is made visible by comparing the country’s 7 million international visitors to China’s 55 million. The country’s natural resources (17th) are vast and diverse and its cultural resources (10th) include a unique intangible heritage (8th), sports events and a large entertainment offer. India’s relevance as business travel destination is increasing along with its economic growth, it remains a price-competitive destination (8th) and recent changes in its visa regime: not yet reflected in the data rankings—have the potential to boost international arrivals.

However, longstanding infrastructure gaps remain, especially in tourism-specific infrastructure (109th) and the quality of roads. Despite some uneven progress, India also lags on health and hygiene (106th), Business Environment (107th), Human Resources and Labour Market (111th) and ICT readiness (114th). The safety and security situation is unsettling, with a perceived increase in the impact of crime and violence (97th), and India ranks only 139th for environmental sustainability. Talking about gender, fact is that in Female labour force participation (% to men), India ranks 130th in world. Actually WEF ranks India as low as 96th in Prioritization of Travel & Tourism. Specifically in terms of T&T as government expenditure (% gov’t budget) India stands very poorly at 132nd position among total of 141 nations included in rankings. Perhaps that speaks all for that.

Talking about other parameters India is 69th in International Openness. India’s Air Transport Infrastracture is 35th in the world, while Ground and Port Infrastructure is poorer at 50th position.

Spain leads the 2015 TTCI ranking for the first time, and Europe—with a total of six countries in the top 10—is confirmed as the region with the most T&T-competitive economies. Given the importance of the regional dimension for tourism, the following sections present country performances in the context of five regional groups: Europe and the Caucasus; the Americas (headed by the United States, 4th in the overall list); Asia Pacific, including Central Asia (headed by Australia, 7th overall); Middle East and North Africa (United Arab Emirates, 24th); and Sub-Saharan Africa (South Africa, 48th).

2 thoughts on “Finland is ranked as safest, Spain at top in tourism rankings”

A sea plane ride over Maldivian sea can be one of the most cherished travel moments for any travel enthusiast.[...]

For the third season this year The Tram Experience will be moving to the partner cities of the Délice network.[...] 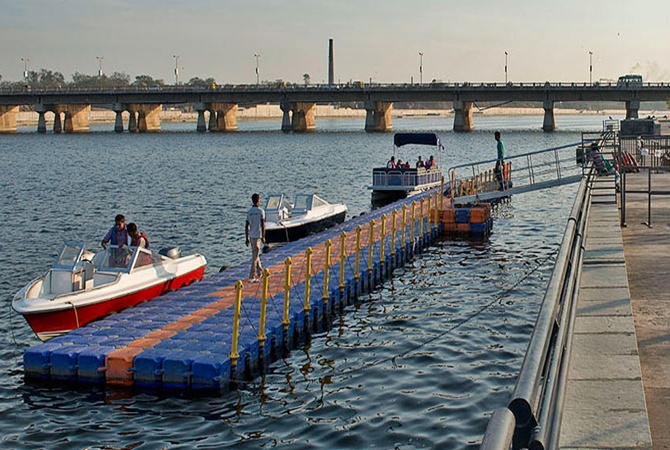 Hope to get it floating in ten months After a long delay of four years the project to launch cruise[...]