and finally… the pink flamingos

Moving ahead from Devayani, I was asking every other guy the way to Chatri (cenotaph) of Daadu Dayal. The way wasn’t far from Devayani. Just half a kilometre ahead was a railway crossing and the just before the railway line was a dusty path going inside the salt fields along side the now unused railway track. There were many structures in the area, all of them actually remnants of a very well-planned rail network meant for the salt extraction. It looked like a no-man’s land. I kept on moving ahead till there was a way. Till that time I didn’t even had an idea that how the chatri of Daadu Dayal looked like. Track wasn’t easy, but still negotiable and enjoyable. Then, I suddenly saw a man out of nowhere and asked him about the exact location of the cenotaph, and luckily also about the possibility of birds.

Thankfully enough, that man told exactly about both the things and all of a sudden I had wings in my wheels. My primary interest was in birds. Cenotaph was bit ahead in the salt fields and I needed to walk. Bird site was towards left. I unhesitatingly turned towards the lake. I was so anxiously waiting for that moment. Already had pink salt and pink sunset as prelude to this. There was a ramp being built to connect the village directly presumably to the cenotaph. Ramp actually bifurcated the water body which sheltered the birds. I parked my bike on the ramp and then walked alongside the mud-mounded wall to separate the salt fields from the normal water body. And then I was filled with joy on seeing this-

That was how the flamingos looked from the distance while lake water was filled with different types of waterfowls. I laughed out at the fact that this was the same railway track from where I and Sohan Singh turned left towards the salt fields last evening. We were searching for birds, hardly aware that they were just on the other side of the railway track, but were not visible from that side as track was on high earthen mound. Now, they were, right in front of me.

I kept moving closer to the colony-

until they decided to move away a bit farther-

I will admit that my primary objective to go to Sambhar was to see some pink flamingos. The reports of their dwindling numbers were already making rounds for past many years. So I wanted to be there at the earliest available opportunity. Had seen flamingos earlier at few places in India, including Chilika and Rameshwaram. But Sambhar was ought to be quite different from others.

I was so amused that passengers travelling from Jaipur to Jodhpur via train can always enjoy these birds next to their coaches. These images were so interesting-

Saline wetlands of Sambhar have supported large population of flamingos and more than 70 species of other wetland birds. Flamingos have been found to breed in this area. Sambhar is said to be unique ecological habitat for winter avian migrants.

But this place has many challenges which actually threaten its very existence. What can be a bigger irony than this, that though Sambhar Lake was designated as a wetland of International importance under Ramsar convention way back in 1990 and was also marked as an Important Bird Area (IBA) but this is neither a bird sanctuary, nor a wildlife sanctuary or a national park. Hence there is no protection to this site under wildlife protection act. Isn’t this disgraceful to these wonderful creatures-

After Great Rann of Kutch, Sambhar Lake is the second largest wintering and breeding ground for flamingos in India. Its an ideal habitat. Its vast spread of open waters allows most aquatic birds to land in flocks and find for themselves enough space to remain aloof and separated with no resource competition.

Sambhar has both-Lesser flamingos as well as Greater flamingos. But there has been considerable decline in number of Lesser Flamingos in last few years.

Flamingos were aware of my presence and they kept moving from one place to other. There were other disturbances as well- grazing cattle, dogs, trains, humans, as this part of the lake was right adjacent to the Sambhar town. What was interesting that they all moved in unison.

Feeling threatened they will fly together, not high enough-

and then land to a safer place-

Even while walking in shallow waters, their movements were very swift-

But what looked most fascinating was their flight. Normally they will daily take rounds of the region in afternoon and then come back in the evening-

But what gave me best shots of the day was a little game between dogs and the flamingos. Two young dogs first kept playing with each other in the water and then all of a sudden they thought to give the flock of flamingos a chase in shallow waters of the lake, although very aware that it was very futile. But than it was all in the game and to my delight, I was able to get some satisfying images of their flight. See for yourself (click on images to have full view and enjoy)-

I kept on clicking and clicking till I touched the deadline to leave for the return journey of another 350 kms. Otherwise, it was never enough for me-

… and as if saying goodbye to me-

I will surely be back, for more time perhaps. But still this isn’t all from Sambhar…

6 thoughts on “and finally… the pink flamingos”

Wonderla Amusement Park in Bangalore has been named as the best amusement park in India by TripAdvisor, an online review[...] 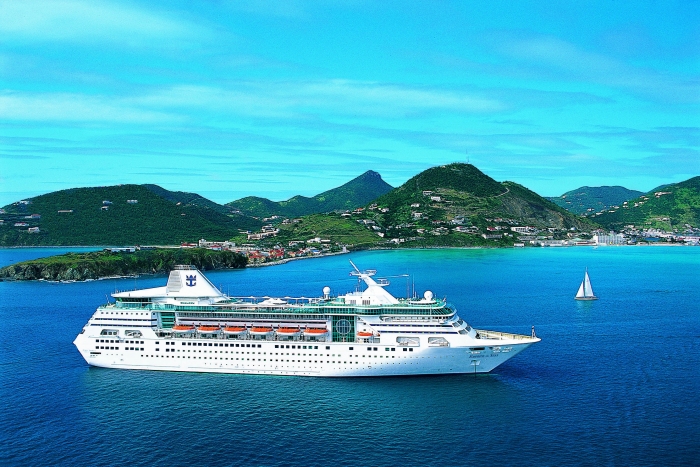 These are changing times. With Cuba getting closer to the world. Salsa music, dominoes, Mojitos and historic Havana neighborhoods are[...]