From 1st through 3 September 2017 Brussels will become the capital of Comic Strips. Besides the Parc de Bruxelles and BOZAR where the main activities of the weekend will take place, Comic Strips will colour the city. Numerous activities, exhibitions, signing sessions and all sorts of other events will charm young and old throughout this weekend dedicated to the 9th art. For this, its 8th edition, Brussels’ Comic Book Festival is spreading out across the city. Beyond the Parc de Bruxelles, it will be featured at BOZAR, Brussels’ prestigious Palais des Beaux-Arts. And just to make the festival even better, an international pavilion is also setting up shop at the Brussels Comic Strip Festival. It’s the cherry on top of a 2017 schedule that was already bursting with new things.
Each year the Brussels Comic Strip Festival brings together many big names from the comics industry. This year it will be impossible to miss this essential ninth art gathering. From musical performances to film screenings and a drawing concert, comics lovers of all ages will be able to literally explore the world of the ninth art’s major players.

Not to be missed at BOZAR:
Exhibitions:
· The Brussels Comic Strip Festival presents a selection of panels from this hilarious new album with drone overflights, exploding abandoned suitcases, and inappropriate selfies.
· Thorgal (exhibition of originals) : As part of the 40th anniversary of the famous series created by Jean van Hamme and Grzegorz Rosinski, discover over thirty original black and white panels.
· Gaston:(guest of honour) : In the prestigious setting of Horta Hall at Bozar, Gaston will roll out his best gaffes for a flash (full-size!) exhibition on the occasion of the sixtieth anniversary of his debut in the SPIROU Journal in 1957. An exhibition created especially for the Comic Strip Festival.

Frescoes :
· Kim Jung Gi is leaving his native Korea to give you the chance to watch him complete one of his impressive murals over three days.
· Grzegorz Rosinski offers an inside view of his universe in the time it takes to draw.

Screenings:
Very first public screening of the film « Le Petit Spirou », in the presence of the creators of the Comic Strip : Tome et Janry (tickets on sale at BOZAR)
Screening of the feature film ” Titeuf ” in the presence of: Zep
The original show : TRAGAWDOUKOUTRRR: ode to the gaffophone:
In this original show, Max Vandervorst makes music with instruments that were not musical before crossing paths with this totally crazy conductor. (tickets on sale at BOZAR)

In the city :
But the Festival is not limited to the Parc de Bruxelles nor to BOZAR. A variety of original activities will take place too in different key spots all over the city. Here’s a sneak peek.

Guided tours
Guided tours to view Comic Strip frescoes
Travel across Brussels with a professional guide from Arkadia to admire such likeable characters as Astérix, Tintin and Milou, Néron and even Ric Hochet, immortalised in giant size on the gables of almost 50 houses.

Guided bicycle tour to Laeken
Go on an 8-kilometre cycle ride to Laeken and explore the north of Brussels, where two wheels go hand in hand with the ninth art world. Professional guides from Pro Velo will accompany you throughout this journey of comic strip discovery.

Exhibitions and activities across the city
Galerie Tintin©Hergé will present a facility devoted to the Tintin Imagination Museum over the festival’s three-day run! The Tintin Imagination Museum was developed in 1979 and was the subject of a major exhibition at the Brussels Fine Arts Palace that same year. The purpose of that exhibition was to juxtapose the mythical objects collected by Tintin during his adventures with the real objects that inspired them. On the poster for the exhibition, Hergé attempts to organise his main characters’ foray right into the middle of an imaginary facility fit to drive collectors mad with jealousy.

From this poster, a collection of character statuettes and mythical artefacts has been constructed. During the Brussels Comic Strip Festival period it will be possible to see certain pieces already produced for this collection at Galerie Tintin©Hergé as well as certain prototypes of new pieces to come. This facility will also enable visitors to know and understand the documentary context of this Imagination Museum.

Comics have no age bar

Belgian Comic Strip Centre (CBBD)
Zidrou and his accomplices will put on a live show!
Zidrou and his collaborators concoct a show of living drawings in the context of the exhibition that the CBBD is giving them ! Departing from several key words, Master Zidrou will ask five of his artists to create the scenario of an exquisite corpse. Each artist in turn will illustrate a frame of the scenario that, in the end, will become a comic strip. Your chance to discover the incredible graphic talent of Jordi Lafebre, Francis Porcel, Josep Homs, Oriol Hernandez and Godi, plus the way-out scenarist ideas of Zidrou!
Guided tour of the Zidrou exhibition by… Zidrou and some of his accomplices! Guided tour of the Zidrou exhibition by the author and 4 of his artists.

Signing Sessions
Zidrou, Jordi Lafebre, Francis Porcel, Josep Homs, Oriol Hernandez and Godi will sign their work in the hall of the CBBD. But that’s not all! Because the CBBD offers three exhibitions in its magnificent Art-Deco rooms. But be aware that this will be your last chance to enjoy two of these exhibitions:

Champaka Gallery
“Ravage & Co.” Exhibition
Writer Jean-David Morvan has a knack for discovering outsize “made in Asia” graphics talent. After Korean Kim Jung-gi, here is the Philippines Rey Macutay! Trained at the demanding Manilla animation studios storyboard school, he has always dreamed of making comics. The dream came true when J-D Morvan entrusted him with drawing Jaurès (2014) and, especially, Ravage (2016), the second instalment of which comes out in September. The two artists are engaged in a modern reimagining of René Barjavel’s masterpiece. As a veritable graphical adventurer, Macutay combines the dynamism of comics and mangas while incorporating the readability of European comics. With bold composition, panels laid out like paintings, and energetic drawing, Rey Macutay is fearless. Taking part in the Brussels-Capital Region’s Brussels Comic Strip Festival, the exhibition – a world premiere – displays major panels from Jaurès, Outlaw Territory, and Ravage.

Korean Cultural Centre in Brussels
The blue ghost, Youth
The Korean Cultural Centre of Brussels will hold its 4th exhibition of Belgian and Korean comics under the theme of “blue ghost, Youth” in cooperation with Manhawa Contents Agency (KOMACON) which hosts the Bucheon International Comics Festival. This year, KOMACON is celebrating its 20th anniversary and on this occasion, seven Belgian and Korean authors will present their works about “Youth.”
Artists: CHOI Gyusuk, SOO Shinji, RYU Seunghee, HAN Hyeyeon, Frank PE, Dominigue GOBLET, CONZ

Filigranes Bookstore
Atelier Mille Exhibition
Atelier Mille is more than just a studio! The product of a meeting of five former students from the Saint-Luc Institute in Brussels, the studio has since expanded to welcome new illustrators. To mark the occasion of the Brussels Comic Strip Festival, the studio and its members are exhibiting on the great red wall of the Filigranes bookstore. Come and admire the panels, drawings, research, etc. of the new Belgian comics dream team!
Members: Flore Balthazar, Léonie Bishoff, Thomas Gilbert, Nguyen Hieu, Nicolas Pitz, Emilie Plateau, Jérémie Royer, and Tiffanie Vande Ghinste.

In addition to meeting the Brussels Comic Strip Festival’s most loyal publishers, visitors can also count on the presence of new publishers making their Brussels “debut”: Rue de Sèvres, Futuropolis, Fluide Glacial, La Revue Dessinée, Sarbacane, Pinceel Distributie, and Stripgids. The Brussels Comic Strip Festival will also have the pleasure of hosting ten independent publishers who are the pride of capital, especially with the Requins Marteaux Publishing (A Méroll World) exhibition, which will be on display at BOZAR.

International Pavilion
Although Belgium is particularly proud of its comics heritage, a number of other countries also have quite a few successful comics to their credit. Among them, 19 foreign cultural delegations will set up shop in the International Pavilion to share their works and enjoy a special interactive time. Exhibitions, autographs, conferences, workshops… will take you on a journey through the ninth art realm! Here’s a sneak peek.

In the first eight months of the year, international tourist arrivals grew by 5% to reach a record 747 million[...] 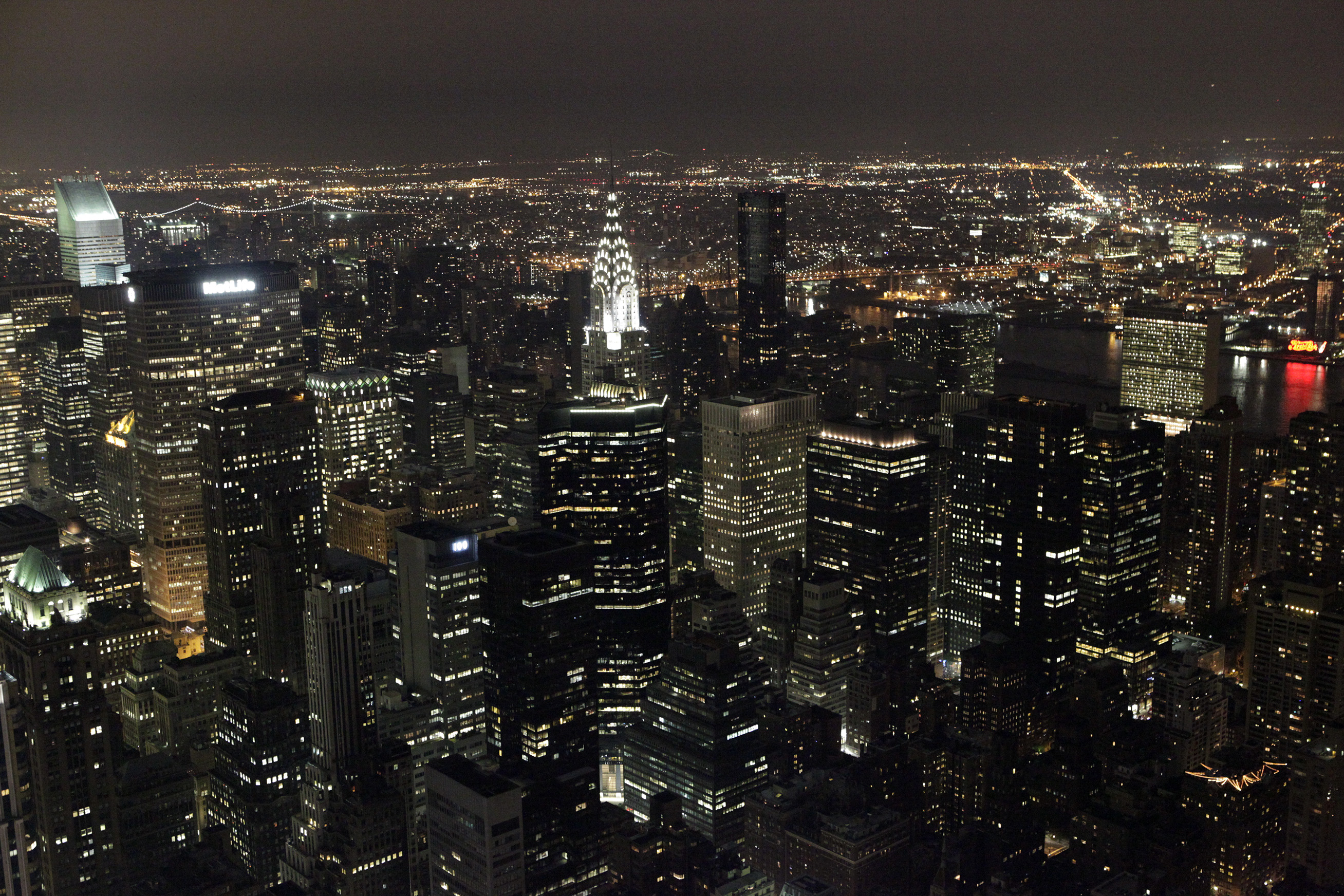 Ever dreamt of a dream wedding! There are few who actually dreamt and are now close to realising it in[...]

Lockdown Chronicles Day 16! It was now the female Koel's turn! But its the male who has sweeter voice (by which koels are usually identified) and its the female who looks more fierce!! Who gets more fierce at home during a lockdown?
Lockdown Chronicles Day 15! Theatre of the absurd around us! The neem tree is more or less like a stage where all different characters come and display there acts with no relation to others!!
Lockdown Chronicles Day 14! Two weeks of isolation has made us all behave like hawks, always looking out for prey!! 🙁
Lockdown Chronicles Day 13! No time for peace! One would have thought that an pandemic of this proportion will bring people together. But we are divided and full of hatred like never before, even in this tough time!!
Lockdown Reads! Walking down the Agra’s necropolis, in the shadow of the Taj! New blog post alert! Walking around Taj Mahal is like roaming within different layers of Mughal history. Once you start peeling off these layers, you get to know—one after the other—many lesser known facts and events of the period which was largely overshadowed by a single story of love. Read the full post: Link in bio! https://vagabondimages.in/2020/04/05/lockdown-reads-walking-down-the-agras-necropolis-in-the-shadow-of-the-taj/ Photo credit: hiddenheritage.in
Lockdown Chronicles Day 12! In this lockdown sticking to your homes be like these plum-headed parakeets!
Lockdown Chronicles Day 11! Almost four floor high neem tree is actually a landing and resting site for most of the birds in vicinity from bulbuls to kingfishers, barbets, koels, sunbirds, parrots & et Al.
Lockdown Chronicles Day 10! Kashmiri Lily is signing off for the season. Two bulbs gave four flowers each. While one bulb has now shed the dried up flowers, four flowers on the second bulb are also now in their last days. Oh, Kashmir, I am already missing you!!
Lockdown Chronicles Day 9! With the pigeon pair abandoning the tree right opposite to my balcony, camera action now shifts to Neem tree next block and this Brown Headed Barbet keeps breaking the lockdown silence with its constant kutruk… kutruk...
Lockdown Chronicles Day 8! Contemplating next move! With the nest finally gone, the pair left the tree and landed on other while thinking on what to do next. How tough is it to loose your home of labour and move to a uncertain future!