Spectacular views from the Station at the Top 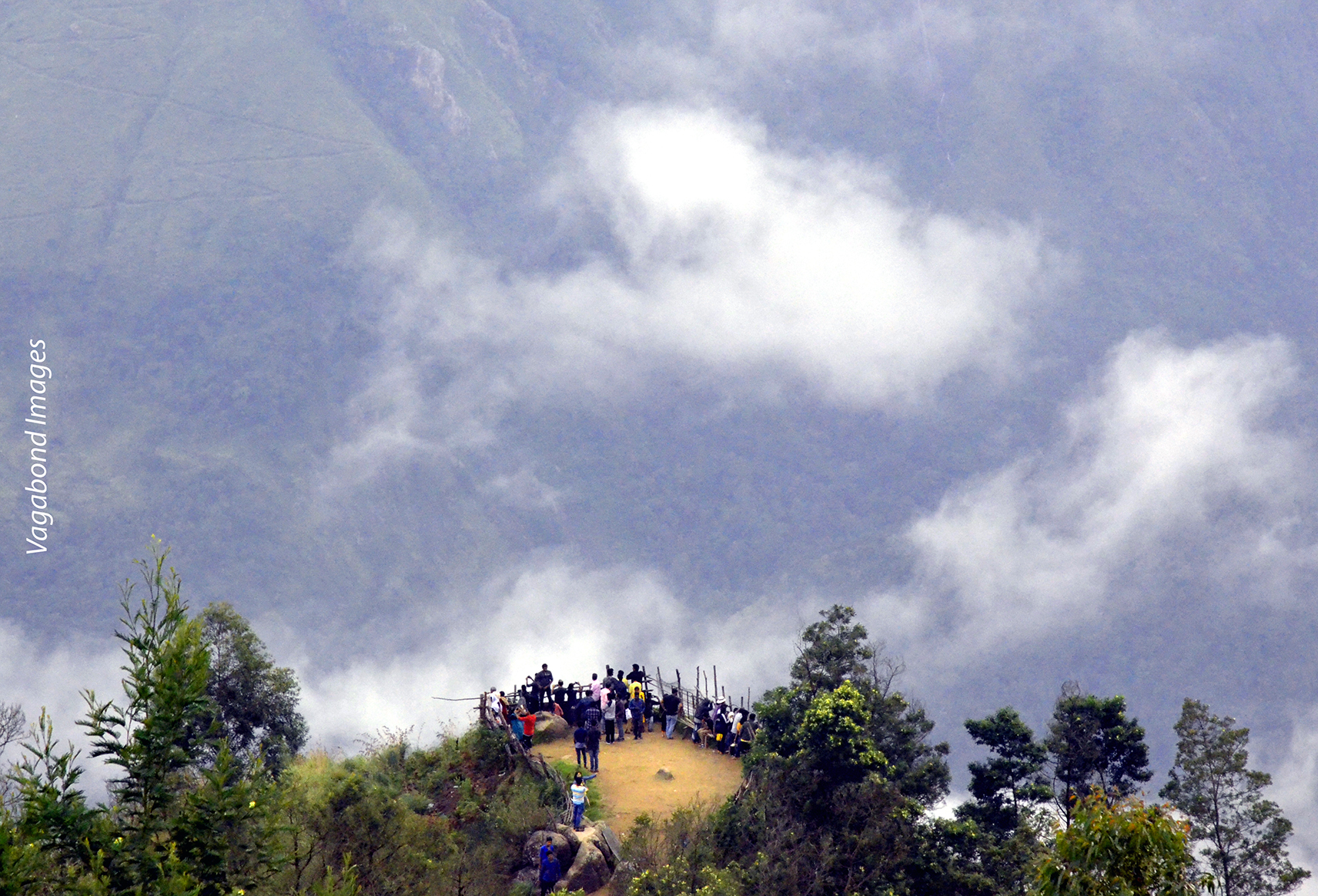 It had started raining when we reached the parking area of Top station. Weather in Kerala have been a unpredictable lot these days and every rain reminded of the floods that traumatised the state just a couple of months back. However Munnar region is generally unpredictable about its weather, than the other parts of Kerala, with more likelihood of rains, as the Neelgiris form the first mountain wall in the way of clouds coming from the Indian Ocean. Even the day before, it started raining in the second half, although it wasn’t heavy. That day, it was clear, when we left Munnar, and after a couple of mini halts, we thought that it was better to go to farthest place first and see other things on the way back to Munnar. Hence we drove to Top Station. Clouds kept gathering as we moved closer and at any points only the stretch of road few metres ahead to us was visible, rest all turned white. That reminded me of my first trip to Darjeeling, almost 35 years back. Even in that weather, when we reached Top Station, we were amazed to see tourists all around and in big numbers.

Top of the views

Top Station is indeed one of the top must-visit destination during a trip to Munnar. It has got lot of everything- fun, views and adventure. Located in the Kannan Devan hills at an altitude of 1880 metres (6170 ft) this place commands amazing views all around. It is also an adventure hub, basically for trekkers and bikers. Many people think that since this place is named as Top Station, it would be one of the highest points in Neelgiris. It isn’t so. It got its name as it was the Topmost Station on the tea transshipment route from Munnar to Bodinayakkanur. It is high, but surrounded by highest peaks on three sides and a vast expanse of valley on the fourth one. But it is indeed a place with amazing location, astonishing history and quite an unusual topography. It is also a gateway to some hidden cultures. Sounds too much! Be here and you will find that I was still being modest. Moving to India’s southernmost state and feel floating above the clouds itself is a unique feeling for everyone, who has not been to Western Ghats and specially, Neelgiris before.

Also read: On the Neelakurinji trail at Eravikulam National Park

Where once used to be a train

Its also fascinating to know that this place had a railway more than hundred years back and there is no trace of it now. What unfortunate coincidence that, this year I had gone to Kerala after the most devastating floods in state after 1924, the year when floods vanished the railways in Munnar, for not to be resurrected ever again. Train in Munnar used to run between Munnar and Top Station. Top station had a dual purpose as it also had an 5 km long aerial ropeway down to Kottagudi in Tamil Nadu, which was popular as “Bottom Station”. There was also a Central Station on the line. Munnar-Top Station line was known as Kundala Valley Railway. At Kundala, there is a dam, that we can still see on way to Top Station. As per historical records, initially a cart road was built from Munnar to Top Station. In 1902 a monorail was constructed here which was covered into narrow gauge network in 1908. It remained operational until 1924 when ‘Great flood of 99’ (as it is popularly called in Malayalam, because it was year 1099 in the Malayalam calendar) destroyed everything.

The whole network was to transport tea to other parts of India and also to Britain. From ‘bottom station’ of Kottagudi tea was taken in carts 15 km away to Bodinayakkanur town, which was connected to main railway network. It had a metre gauge line all through and until as recently as 2010, which was then closed down for gauge conversion, but that hasn’t happened so far. So ironically even this point of the Munnar-Top Station-Bodinayakkanur tea shipment network is now non-functional. It is interesting to know that Kottagudi valley as well as Bodninayakkanur have very beautiful landscapes. They both are part of Theni district in Tamil Nadu and Top Station offers a panoramic view of this section of Western Ghats.

Also read: Everything you need to know for planning a trip to Eravikulam National Park

Get on your trekking shoes

There are enough of trekking options here at Top Station. From the Top Station view point, one can descend 9 kms to Kurangani village through Kottagudi valley on a old tribal path used by locals. Down from Kurangani, one can trek 11 kms up to Kolukkumalai peak till an altitude of 2170 metres (7120 ft). Actual summit is higher though. This hill is also home to famous Kolukkumalai tea estate. One can also reach to this tea estate via Suryanelli. From Kolukkumalai Tea Estate, one can also trek to Meesapulimala Peak (2640 metres or 8661 ft), which is second highest peak in Western Ghats after Anamudi peak (2695 metres or 8842 ft). And, since Anamudi peak is not accessible for general travellers and tourists, Meesapulimala is the highest point one can summit in peninsular India. So, indeed a big adventure goal. Trekking here is largely moderate and those who have trekked in Himalayas will find it quite gentle.

Top Station is also located on historical Munnar-Kodaikanal road built by Britishers which became famous as Escape Road, just because Britishers had planned it to help them in evacuation in case of Japanese attack on south India. With a maximum elevation of almost 2500 metres, this road was said to be the highest road in India, south of Himalayas. There is no doubt that it is gem of a road in terms of natural beauty and picturesque landscapes all around. But larger part of that road beyond Top Station is now lost in forest and thus abandoned, only to be used by trekkers or some locals on foot. There are many exciting treks but most of them permission from the forest department. Wild elephants are common in this whole region but beyond Top Station towards Tamil Nadu you can be fortunate to see many more wild animals. This place is also said to be the only home in world go Nilgiri Marten, a rare mammal. You can also find a rich bird life including Nilgiri Wood Pigeon, Kerala Laughing Thrush, White-bellied Shortwing, Crimsons Sunbird and Black & Orange Flycatcher.

Actually, there are plenty of reserve forests around. To the north-east of Top Station are the Palani Hills and bit farther on the same directions is Kodaikanal. Palani Hills are actually the easternmost part of the Western Ghats and Top Station is the western entrance to proposed Palani Hills National Park. This place is said to be highly rich in biodiversity. This region is also said to be home of muthuvan tribes. There are also said to be walking trails for places as far as Madurai (Tamil Nadu) and Thekkady (Kerala) originating from here. To the east of Top Station is Papadum Shola National Park and towards north-east is Kurinjimala Sanctuary created in 2006 to protect grasslands where Neelakurinji flowers bloom once in 12 years. Thus this place offers a lot of things in its surroundings. You have Shola Forests, grasslands, valleys, river streams, tea and coffee plantations et.al.

Most of the tourists will do Top Station as a day visit from their resorts or hotels in and around Munnar with doing lot of sight-seeing on the way. But there are many resorts in Vatavada area closer to Top Station. You can also stay in Yellapatty region on way to Top Station from Munnar. Those who are interested in exploring the region further would always like to stay close by. There are many options. Actually, Top Station is also popular as camping destination. You can always choose. There a couple of hotels right at the Top Station paring area. People also like to stay here because it is also a favourite place to watch sunrise as well as sunset.

Top Station is at the Kerala-Tamil Nadu border and view point is actually in Tamil Nadu. But road access to Top Station is only from the Kerala side. Top station is around 35 kms from Munnar on a winding hilly road rich in flora and fauna. The road itself passes through many worth-worth-being spots like Mattupetty and Kundala Dams and Echo point. You can either drive your own vehicle upto the Top Station or hire a taxi. Dont’ rely on public transport, as there isn’t much on this particular road stretch, unlike other parts of Kerala. March and April are said to be the clearest months in terms of weather. Avoid heavy rains, otherwise you can go here any time of the year.

Once you reach to the parking area, you can walk upto the Top Station. It is further half kilometre away. There is another barricade to stop all types of vehicles from going any further. This place is on a ridge and there are many shops on both sides, as you walk down towards the edge. Here, there is another view point down in the valley. There is a walking trail to that point. The descend and the ascent back is steep. Catch is, the access to the view point is not free and a local organisation collects 25 INR per person for access to that point. May be, they manage the upkeep of stairs, trail, safety rails and view point spot. Mind it, that this half kilometre trail is quite steep. hence it won’t be advisable for those who are either aged or have any sort of medical conditions that can create any problem. But those who can, should go the place. It gives excellent panoramic views.

Have you been to Top Station or done trekking in the region? Share you experiences in the comments section below.

2 thoughts on “Spectacular views from the Station at the Top” 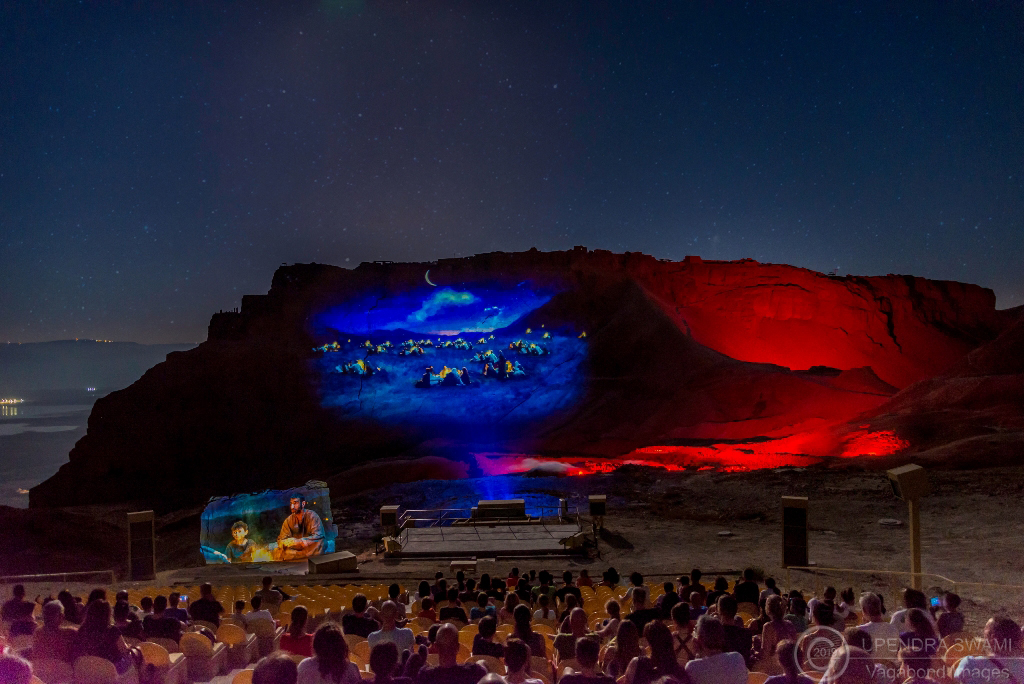 Sound and light shows around historical and architectural monuments are not new. Monuments make a marvellous backdrop for such shows.[...]

Spring is early this year, not just because Basant Panchami was celebrated in January itself, but also because winter too[...]

Rajasthan in India will spend over Rs.1.47 crores on refurbishing two luxury trains – the Palace on Wheels and the[...]