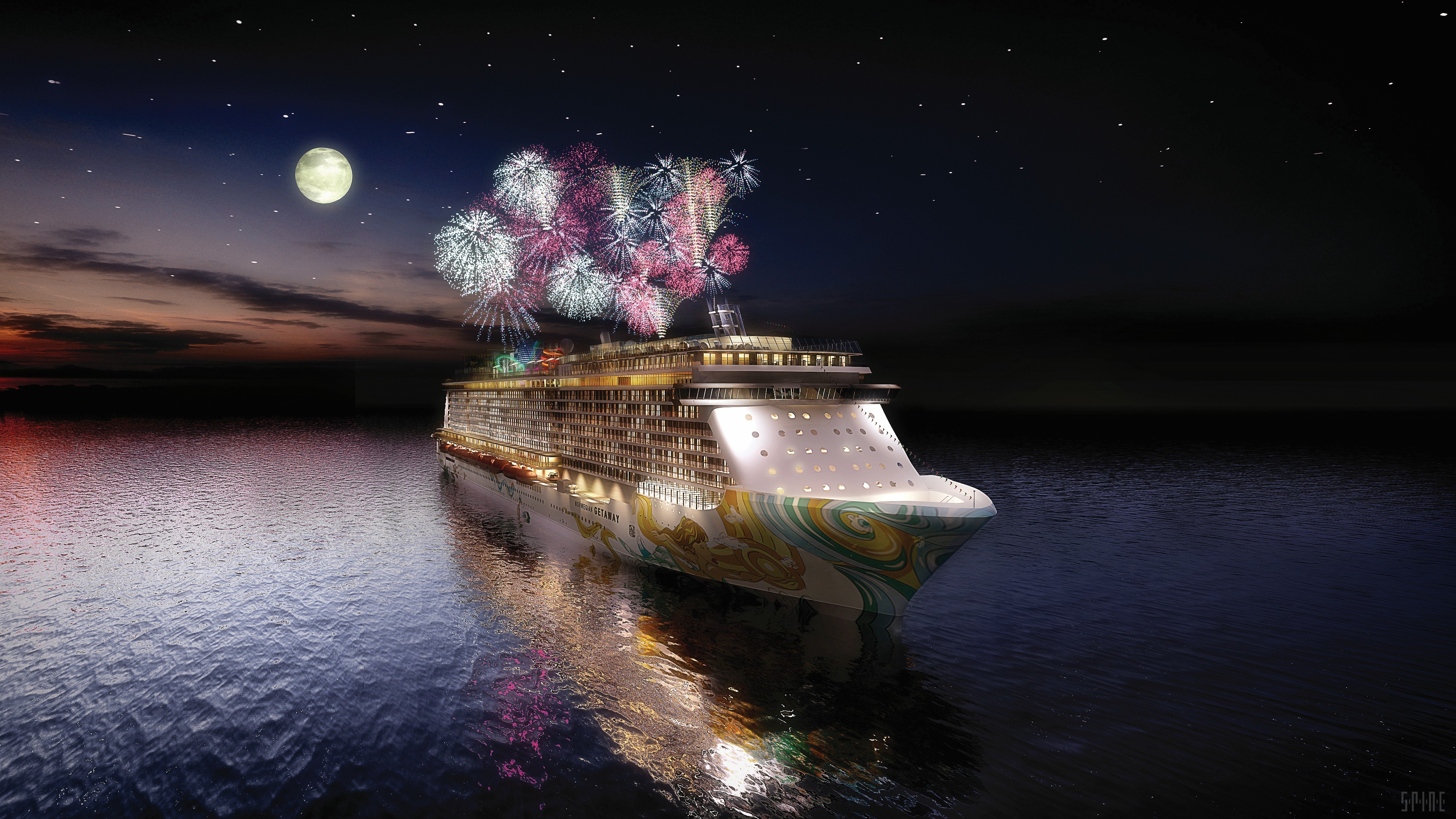 Norwegian Cruise Line, the innovator in cruising, announced the completion of the refurbishment of Norwegian Jewel as part of The Norwegian Edgeprogram, reaffirming the company’s commitment to elevating the standard of excellence across the fleet. Following a two week dry dock in Singapore for the company’s most extensive enhancement project in 2018, Norwegian Jewel will debut in Sydney, Australia on Saturday, Dec. 1, showcasing refreshed venues, updated spaces, premiere entertainment and redesigned staterooms.

Offering seven to 19-day itineraries to some of the region’s most exotic destinations, she’ll spend her winter 2018 and spring 2019 seasons cruising from Sydney, Hong Kong and Singapore, before joining Norwegian Bliss and Norwegian Joy in Alaska for the summer.

“Norwegian Jewel’s complete renovation showcases our dedication to providing guests with quality experiences across the fleet and around the world,” said Andy Stuart, president and chief executive officer of Norwegian Cruise Line. “Not only are we revealing updated designs and accommodations throughout the ship, but guests will also enjoy new venues and three incredibly exciting shows, one of which premieres for the first time on Norwegian Jewel.”

Also read: Your own ‘Haven’ at Norwegian Cruise Line’s private sanctuary at sea

Norwegian Jewel will feature two new shows – “Rock You Tonight,” and ship exclusive “Velvet,” illustrating the company’s commitment to providing high-caliber entertainment. “Rock You Tonight” showcases a medley of songs from the best bands of the 70s, including Queen, Journey and The Who. The Australian hit musical “Velvet” makes its debut at sea with disco classics, a stellar combination of circus acrobatics, cabaret and burlesque elements, and features the talented Brenda Edwards of “X Factor UK” as the lead, with “The Voice” finalist, Frenchie Davis to follow.

Also read: When hulk of a ship becomes an artwork!

All 1,188 staterooms were upgraded with new televisions and USB outlets, as well as new carpet, artwork and furniture. The Haven by Norwegian® received updates to the courtyard, additional cabanas on the sun deck and new finishes, carpets, tiles, drapes, artwork and furniture for all suites and villas. The ship also boasts two new Haven Deluxe Owner’s Suites, at nearly 1,200 square feet and featuring large, 567-square-foot balconies, two private jacuzzis and accommodates up to four guests.

As the heart of the ship, the Atrium has been revitalized with an entirely refreshed look centered around a custom-design chandelier and includes updated flooring, refurbished reception and shore excursion desk areas, the addition of relaxed banquette seating and a large TV screen.

As the innovator in global cruise travel, Norwegian Cruise Line has been breaking the boundaries of traditional cruising for over 51 years. Most notably, the cruise line revolutionised the industry by offering guests the freedom and flexibility to design their ideal vacation on their preferred schedule with no set dining times and no formal dress codes. Today, across its fleet of 16 contemporary ships that sail to over 200 desirable destinations across the world, Norwegian Cruise Line not only provides superior guest service, it offers a wide variety of award-winning entertainment and dining options as well as a range of accommodations including solo-traveler staterooms, mini-suites, spa-suites and The Haven by Norwegian, the company’s ship-within-a-ship concept.

Have you ever travelled in Norwegian Cruise Line? How was your experience? Share with us in the comments section below.

Symbol of love and eternal beauty- The Taj Mahal in Agra and the one of the most revered religious places[...]

Lockdown Chronicles Day 4! For the male pigeon it actually is work for home! While the female is sitting on same place since days preparing the nest, it is male who makes number of sorties one after another to bring twigs & sticks and hand them over to his lady!
Lockdown Chronicles Day 3! It drizzled today morning. This Lily was in full bloom. The bulb for this flower was brought from Kashmir some years ago and now it flowers just once a year at this time. During my lockdown this blooming Lily was as if reminding me of the lockdown that Kashmir has been through for many months!!
Lockdown Chronicles Day 2! Male pigeon was constantly at some distance today, didn't come close to his female for the whole time, till I watched them in morning. Does work from home makes life too close for comfort!!
Lockdown Chronicles Day 1! Putting camera to some work during lockdown. A pair of yellow footed green pigeon on the tree right adjacent to my balcony this morning.
Work from home be like!
Leap of faith! When it is the fear of unknown, then self-belief is the best strength... whether it is fear of height or fight with a virus!!
Alone and high up in the air, away from everything contagious! What are your goals for travel after this coronavirus lockdown is over? One of them can be definitely paragliding at Bir-Billing, India's best paragliding site! What could be a better start for resuming all travel plans!!
#Coronavirus effect! 5.15 pm on Monday evening on one of the busiest metro route in Delhi, and not a single passenger standing with many vacant seats! It would have been normally unimaginable 😷 #DelhiMetro
Most important non-royal! A lady who was just like hand of queen to Mumtaz Mahal! Whom Shah Jahan entrusted with his most precious thing... body of his beloved Mumtaz Mahal, when it was exhumed and brought from Burhanpur to Agra to be laid to rest at Taj Mahal. Her importance can be judged with the fact that her tomb is closest to Taj, closer than even tombs of other three of Shah Jahan's wife. But the dome is not in white marble, which states that it belongs to person other than royal family!
कमाल-ए-हुस्न है हुस्न-ए-कमाल से बाहर अज़ल का रंग है जैसे मिसाल से बाहर -अमजद इस्लाम अमजद Best seat in the house! Taj Khema has indeed one of the best views of Taj from outside the Taj complex, besides the Mehtab Bagh.