Namprikdang in mystical land of the Lepchas 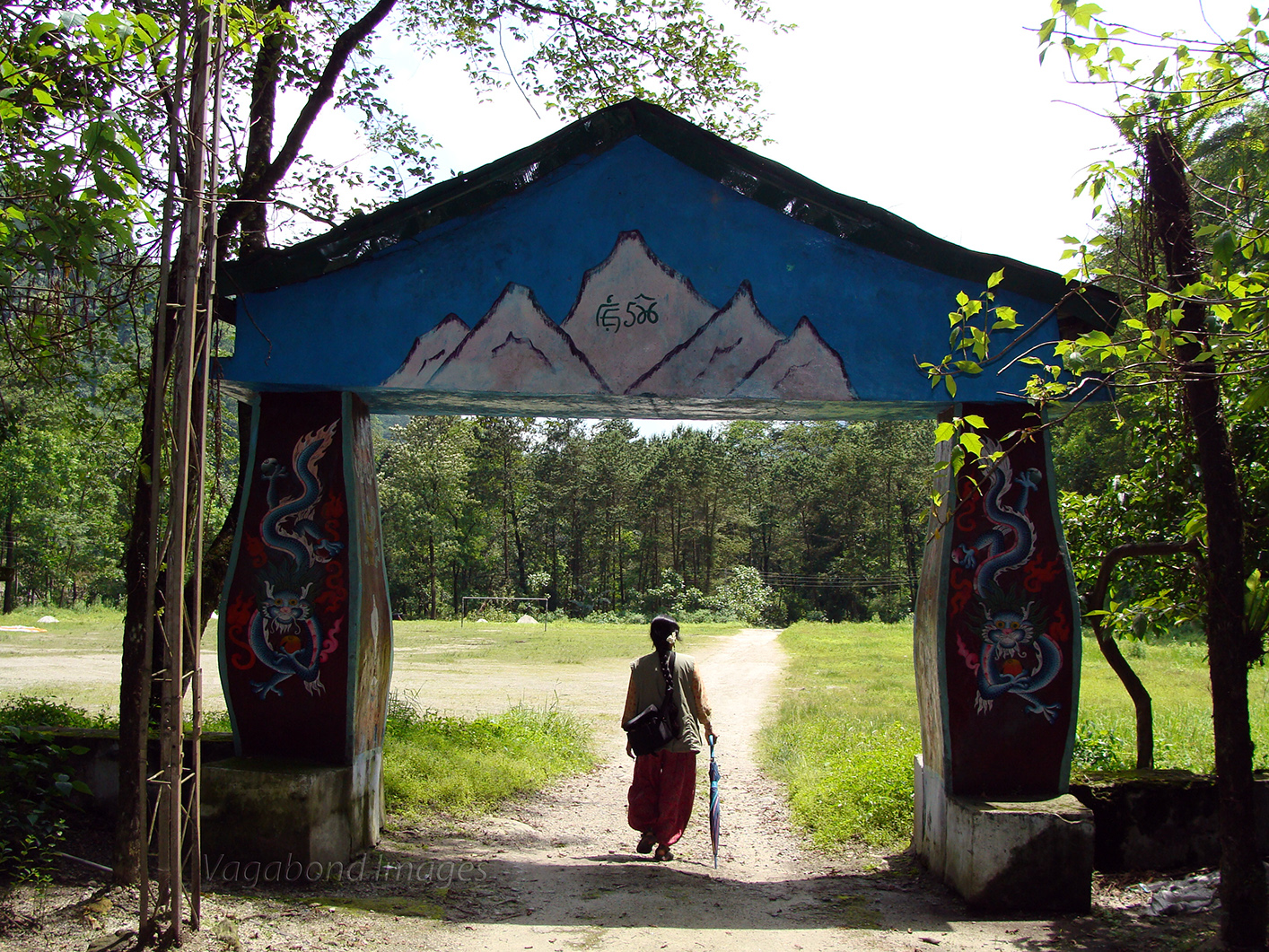 I had not heard about the Namprikdang in my earlier visits to Sikkim, until a trip exactly ten years back. Then, one of the senior most tourism officers of the state himself suggested us to go there. We were then already on way to North Sikkim. Hence we decided to stay there on our way return to Gangtok. It was a surprise for us, the beauty and serenity of the place. Its located at the confluence of Teesta and Tholung Chu (Rangeet) rivers. Whole place is surrounded by thick forests and majestic mountains with a breathtaking view of Kanchenjunga.

Namprikdang is in Dzongu area. Bordering Kanchenjunga (Konchendzonga) Biosphere, Dzongu region of North Sikkim is considered to be the first Lepcha settlement. It is now area specially reserved for Lepchas.  This place still retains the air of exclusivity. Lepchas still live in isolation here. This is more a land of mystique. There are an endless number of legends being told here about this place, their ancestors and their association with the nature. Lepchas are considered as worshipers of nature and hence trees, plants, mountains, streams and rocks are all considered sacred here. Namprikdang is also considered as small and beautiful cradle of the nature. At the base of the hills, along the confluence of rivers, Namprikdang is a grassy flatland, surrounded by forests and other abundance of nature. It is said that long distance travellers would have found this as a resting place or camping place for a night halt.

In Lepcha language, Namprik means bird and Dang means a flat land. There are many legends about origin of this name as well as about importance of this place. Its nice to come here and sit with a local family and hear about all these legends and folklores. What can be said with certainty is the fact that this place holds lot of importance for Lepchas of Dzongu.

A part of this land is also called as mythical Mayal Lyang, which means the “Hidden Land” or “Land blessed by God”.  It is often said here that good Lepchas live in Mayal Layang after they pass from the life. It is sort of heaven for Lepchas. The most beautiful thing is that this whole region is still far-far away from tourism chaos. Most tourists coming to Sikkim are largely unaware of this place and perhaps this is blessing in disguise for this pristine region. Since the first time I visited this place ten years back, till now the tourist crowd has not increased here as much has been in all other places of Sikkim.

Lepcha community regards world’s third highest peak Kanchenjunga as their guardian deity and has been praying to it every year in a very elaborate ritual for centuries until 2011 when the last one in the ancient lineage of shamans (priests) Samdup Taso died. The ceremony known as royal Kongchen has always been led by the descendants of the original priest called as Bongthing. Chogyal royals used to be the part of the ceremony. But with his son having decided not to continue this work, there was no successor to Samdup as no other family member was ready to step into his shoes. Thus the large part of the oral tradition and memory is also seemed to have gone for ever. The summit of the mountain is always considered sacred here. Lepchas are also considered to be the original inhabitants of the Sikkim. They believe that their ancestors were created from the snows of the summit of the peak. Ironically, many Lepchas have now converted to Buddhism and Christianity. Followers of traditional shamanistic faith have now decreased considerably.

Namprikdang celebrates Namsoong festival in December-January every year. It marks the new year of Lepcha tribe and the festival day is the last day of 12th month of Lepcha calendar. This is the time to enjoy some magnificent treat of fold dances, traditional games and cuisine of Lepcha tribe. A nice occasion to experience the local culture, beliefs and faiths. Festival normally is organised at Namprikdang ground. Namsoong festival is said to have its origins in Lepcha version of evolution of mankind. The same ground has a replica of traditional Lepcha House built for the visitors to see. It has three rooms and there are many antique artefacts, pots, pans, utensils, weapons as well as paintings displayed here. The ceiling of the house is known as Phahong (attic) and is  traditionally used to store valuable items.

Tolung (Tholung) monastery in Dzongu is said to house some of the largest and most priceless relics and treasures dating back to the 8th century. Monastery was founded in 18th century to keep all these valuables safe from Gorkha invaders. Interestingly doors of this monastery are opened only once in three years to let people see these relics. There is also a sacred hot springs named Zee Tsachu close to remote villages of Sakyong and Pentong villages. Actually, Dzongu is located such in the map of Sikkim that it also considers itself to be the heart of Sikkim.

Dzongu is 70 kms from Gangtok. We have to go to Mangan on way to North Sikkim. From Mangan we go down towards the river and cross the river to enter the Lepcha land. Namprikdang is around eight kilometres from Mangan. One can take local transport (shared taxis) from Mangan to go to Namprikdang. It offers an entirely different experience of Sikkim. But one needs a special permit to go there as it is a restricted area. As we told that this area has been designated as a Lepcha reserve. Idea was to preserve the distinct culture of the dwindling number of Lepchas. Earlier, even people from other parts of Sikkim were not allowed to reach freely here. Its more relaxed now. There is a police check post on the bridge over Teesta. The permits can be obtained from North Sikkim District Headquarters at Mangan.

Dzongu now also offers ecotourism home-stay options. You won’t find big hotels and resorts here. One can stay with local families to know the Lepcha culture and lifestyle. Tourists can also go to village hikes or visit cardamom fields. If you pre-book a homestay, then your hosts can also arrange the permits for you in advance. We stayed at the Forest Rest House (Rongyong Lee) at Namprikdang. Beautiful location and excellent accommodation, but limited one. You have to be lucky to get an availability there. But you can comfortably get at any of the ecotourism homestays in any of the villages of upper or lower Dzongu such as Kusong, Passindang, Tingvong (famous for waterfalls), Sakyong or Lingdem-Rukum (close to hot springs) and many more. There are many options of trekking available here. You can also enjoy angling, butterfly watching, bird watching here.

Also read: Getting ‘high’ in the hills!

Besides cardamom, bamboo craft is also popular here. You will be pleasantly surprised to see the traditional bamboo bridges made by Lepchas over many streams and rivulets. But, being here itself is a blessing of nature and the feeling here is like one we had not witnessed for a long at any other place.

Have you been to Namprikdang or any other place in Dzongu Lepcha territory? Please share your experiences with us.

5 thoughts on “Namprikdang in mystical land of the Lepchas”

The Ministry of Tourism (MoT), Government of India as part of imparting and improving visitor experience through the help of[...]

Korean National Ballet had a splendid Ballet performance couple of days back in one of the biggest theatres in New[...]