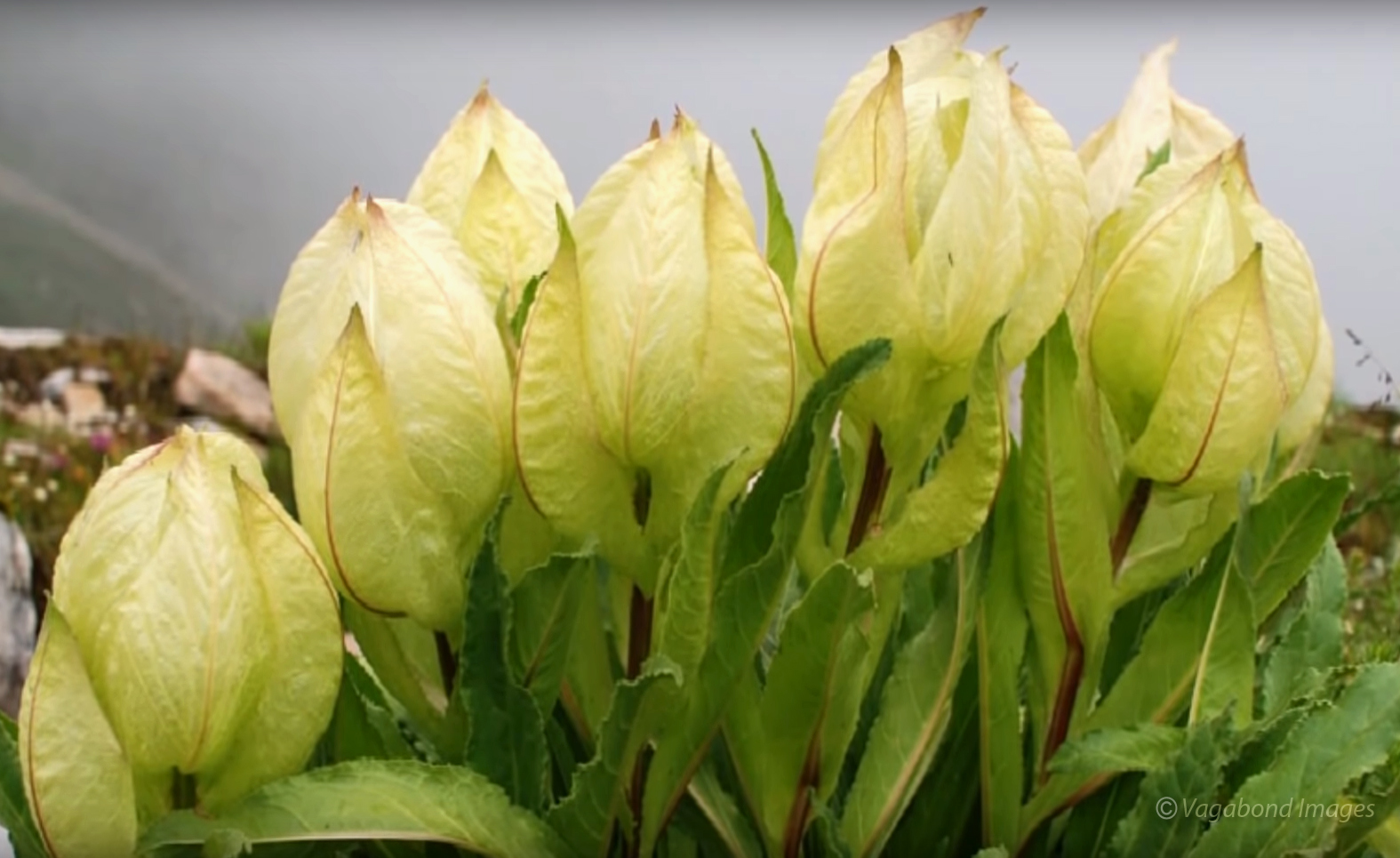 Had heard a lot about the Brahma Kamal flower earlier. But got to see it blooming for the first time when I went to Valley of flowers and Hemkund trek almost fifteen years back. (But here I will like to remind you that it is not Valley of Flowers, where you will find it normally, but on the Hemkund trek. Everywhere around the sacred lake on the surrounding mountains, you can see this flower blooming.) Thereafter, have seen it on various occasions during high-altitude trekking in Uttarakhand. Watching this flower in its natural habitat is a luxury that only serious trekkers can afford to. Rest all can enjoy this post and the photographs. Kamal is Hindi term for Lotus, but unlike different species of Lotus family, Brahma Kamal blooms amongst rocks and grasses on hillside. Even Brahma Kamal is said to have many species in India.

No doubt, it has been one of the most fascinating flowers on that altitude. With strong roots in mythology and traditional medicine, it is highly revered too, specially by the local people in Uttarakhand. So much so, that during the Nanda Rajjaat Yatra, a few years back, I saw many local people brutally plucking the flowers in big numbers to either take it back home or to sell them to others who would like to have one. They were quite oblivious of the harm they were putting to the environment by plucking them so ruthlessly. Owing to its mythological importance, it is normally kept in special pujas, and at few places flower itself is worshipped. Few others use it for different medicines.

Interestingly, its use as medicinal herb in Tibetan medicine has been well documented. Called as Sah-du Goh-ghoo, it is said to be used in treating urogenital disorders, liver infections, sexually transmitted diseases, bone pains and severe cold. It is also said to be effective in controlling seizure, increasing appetite and as an anti-septic on wounds. But all this does not justifies the mindless use it is being currently put to. Incidentally, most of the places in India where this flower is found are frequented by pilgrims and their ever increasing number is threatening the ecology of this flower. No doubt that this is a medicinal herb but all the stories about its healing powers make it more vulnerable in the hands of locals as well as tourists.

Brahma Kamal or Saussurea obvallata is also the state flower of Uttarakhand. It is native to Himalayan region and some parts of northern Myanmar and southwest China. In Indian Himalayas, it is normally found at an altitude of around 4000 metres from Kashmir to Arunachal Pradesh, and is known with different names. In Uttarakhand, it is revered the most. Two places in Uttarakhand, where I have seen this flower in rich abundance are Hemkund Sahib Lake (4300 mts) and Bhaguabasa (4100 mts). Actually, when the meadows and other type of vegetation ends, then Brahma Kamal and many other medicinal herbs start growing. Valley around Bhaguabasa is full of such herbs, including Brahma Kamal. We all know about Hemkund Sahib and Bhaguabasa is the camping site for Roopkund trek. Mysterious Roopkund lake is just couple of kilometres from Bhaguabasa.

There are many myths and legends associated with it, including the one that this flower blooms at midnight and it is extremely rare for anyone to see it blooming and also that one plant flowers just once in a year. Actually the story of night blooming has been borrowed from Epiphyllum Oxypetalum, which is a species of orchid cactus and which actually does blooms in night and wilts before dawn. But it has got no relation with Brahma Kamal. Mythologically, Brahma Kamal means lotus of Brahma and there are many mythological legends associated with this flower including it being sprouted from belly button of Lord Vishnu. Legends range from Shiv Puran to Ramayana and Mahabharata. You can find them everywhere, hence I am not detailing them here. In Uttarakhand, it is also linked to goddess Nanda Devi and hence is offered to the goddess on Nanda Ashtami. Goddess Nanda is reincarnation of Parvati, the consort of Lord Shiva.

Brahma Kamal plants are found in bunches and hence many a times you will find flowers in a group. Each plant grows upto one feet in length. This flower blooms generally in the months of July-August and can be seen upto September or even early October. Plant perishes as the winter sets and then it becomes visible again around April. Flower has a very gentle but quite captivating smell.

There is another curious looking plant- Fen Kamal found in Himalayan high altitude region. I got to have a look at this plant at Jyura Dhar Pass, right above the Roopkund lake at an altitude of over 16,000 feet. It is found all across the Himalayas from Kashmir to Sikkim at altitudes of 3800-5600 metres. This is also equally revered and is said to be used in worshipping Shiva. That’s the region it is also known as jogi booti or jogi (ascetic) phool. Some say that it is called as jogi phool as the white woolly strands resemble a long white beard of an ascetic.

Saussurea simpsoniana belongs to same Asteraceae family (Sunflower family) as Brahma Kamal. Its woolly haired and perhaps its foamy, hairy, woolly mound like shape gave it its Hindi name Fen (Phen) Kamal as Fen means foam in Hindi. Leaves are almost completely concealed by this protective wool. Its not a flower but a plant rather, as the stem is just about 5-8 cms or may be slightly more in some cases. This flower too blooms in almost the same season as Brahma Kamal and is also know for its medical properties.

High altitude might be bit tough but it has many benefits and encountering such rare forms of this beautiful nature is definitely one among them. One of the many reasons that you feel pulled towards the mountains again and again, as I am right now.

Have you seen Brahma Kamal and Fen Kamal blooming in the Himalayan region? How was the experience? Share with us in the comments section below.

10 thoughts on “Flowers of trekking: Sighting of rare Brahma Kamal”