Lodurva, a temple to see and a love story for delight 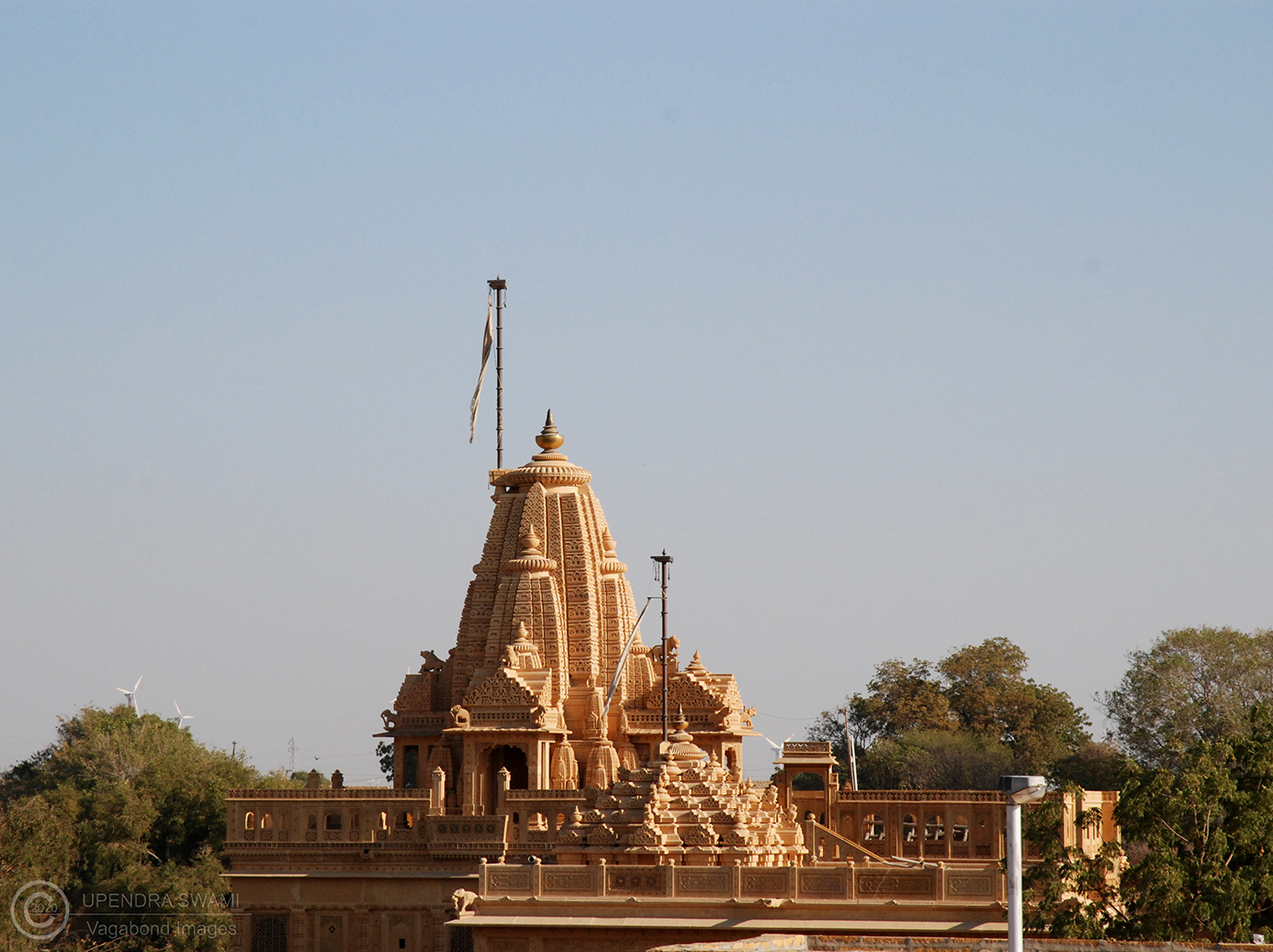 The vast barren dunes of Thar are strewed with many mysteries of history… many of them untold, a few unexplained. A lot of it might be because of absence of more written account of those times. Erstwhile capital of the Jaisalmer Rawals- Lodurva stands one among those. Nothing remains of the capital city, but for a beautiful Jain temple. The deserted ruins of Lodurva, the Bhati Rajput capital before Jaisalmer, are 17 km northwest of Jaisalmer and 10 km beyond Amar Sagar. Lodurva itself is on the banks of river Kak.

There would have been a perfect logic for any strongman to rule this place. This place was on ancient silk route and entry point to India, hence rich traders would have been passing through here on regular basis. This would have also brought a mix of different cultures here. Levies on traders and business would have been regular source of income for the rulers. Lodurva would have been a blooming trading town, hence Jain temple would have been built here due to presence of large trader community. Some references say that Lodurva was also an educational hub, as big as Nalanda and Taxila. There were said to be 12 big gates to enter the city.

Lodurva is also spelt as Lodhruva, Lodruva, Lodruvpur and few other variations. There are some mythological references and somewhere the place is also known as Brahmasar. The city was presumably founded by the Lod Rajputs and hence came the name Lodurva. From them the city passed to Bhati king Devaraja, ruler of Devagarh, in the 10th century. There is another piece of history about the Bhatis. It is said that they were actually descendants of Krishna’s Yadav clan of Dwarika & Mathura. They had spread out of their original place to all over north-west till as far as Kabul. One of those kings reached Thar via Punjab and established their rule by capturing Lodurva. But still there are many stories about this particular clan’s rule in this part of land during the 6th and 7th century.

In 1025 Mohammad Ghazni laid siege to the town and it was sacked various times over subsequent decades by Ghaznis and Ghoris, prompting Bhati king Jaisal to shift the capital to a new location – Jaisalmer – in 1156. And that was perhaps the end of the glory of Lodurva. The Jain temples at Lodurva, rebuilt many times until the late 1970s (temple was renovated for the first time in 1618 AD and lastly in 1977), are the sole reminders of the city’s former magnificence. Now what actually remains untold is that whether these Jain temples were there during the capital times of Lodurva or they came up later.

One thing that is undoubtedly true is that this temple is an equally amazing piece of art, as are other famous Jain temples of Rajasthan including Ranakpur and Dilwara. But this temple has its unique features as well.The inner sanctum of the main temple enshrines a finely wrought, silver-crowned image of Parshvanatha, the 23rd tirthankar, surrounded by fine sculptures. The small sculptures around the lower course of the inner sanctum are badly damaged and bear the scars of Muslim raids long ago.

Before the temple, just inside the outer gate, is a beautiful archway or toran dwar. You will rarely found this huge toran in other Jain temples. The temple looked through this looks as if it has been garlanded. Surrounded by a tall boundary wall, temple beauty unravels only when you enter the temple. The ornate rosette in the centre of the drum of the dome over the mandapa (pillared pavilion, temple fore chamber) was carved from a single piece of stone. Behind the inner sanctum is a 200-year-old carved stone slab that bears images of the tirthankar’s feet in miniature. There are four smaller temples on the four sides, outside the main temples, for Adinath, Ajitnath, Sambhavnatha and Chintamani Parshvanatha. The walls carry the intricate Jali or lattice work in stone while the Shikhara or the superstructure is a typical Nagar style.

The temple compound is said to be home to a pair of cobras, sight of either of which brings good luck! A small hole in the outer wall of the temple has an open space in the front left empty. It is said that this is the place where a snake comes out of the wall to drink milk every day. Actually, snake is the key motif of this temple. It is also the symbol of the reigning deity of the temple Parshvanath. The idol of Parshvanath is made of black stone. There are 1000 snakes (Sahastranag) carved in the shape of a huge hood behind the idol like his halo. It is said that this idol was brought here from Patan in Gujarat by the businessman Thahrushah Bhansali who renovated the temple in 1618 AD. The chariot used to carry the idol from Patan to Lodurva is still there at the temple.

There is a Kalpavriksh inside the temple. A tree with power to fulfil all the wishes has its mythological presence in Hindu as well as Jain scriptures. A formation of Samvasaran and Ashtapad Giri (a Jainism concept of spiritual design) and than Kalpavriksh on the top. There is more than 400 years old Dadabadi of Jain saint Kushal Suri nearby. There are other Hindu temples in close vicinity of this main Jain temple, some of them are also said to be very old. A Devi temple hosts a big fair every two years. Some ruin of the erstwhile city are also to be seen.

For those who might be not knowing, Lodurva is also known for its love story of its Rajput princess Moomal and Rana Mahendra Singh of Umarkot (Sindh, now in Pakistan). Nobody knows when this actually happened but it has been part of the folklores here for centuries. People say that there are still ruins of Moomal’s palace near the river bed at Lodurva. This is among the most famous love stories of this region and you will find its imprints in the normal life here. Very fascinating!

Lodurva is just 17 kms from Jaisalmer city. With nothing more than this Parshvanatha Temple and few other temples to be seen here, normal tourists will often do it as their day trip from Jaisalmer clubbing it with Bada Bagh and Amar Sagar. But for the more exploring ones, there are enough things around to keep them interested.

Also read: Bada Bagh, An oasis and cenotaphs side by side

Have you been to Lodurva? How did you find it in comparison to other Jain temples of the era? Share your views with us in the comments section below!

2 thoughts on “Lodurva, a temple to see and a love story for delight”